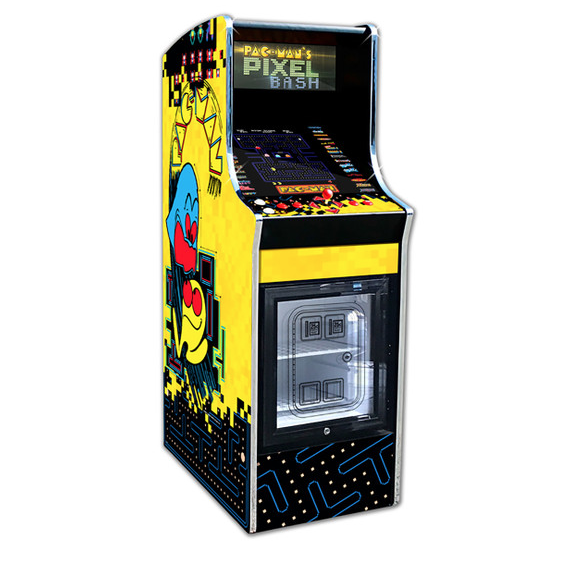 Replacing the extremely popular Pac-Man Arcade Party, Pac-man Pixel Bash takes a good concept and makes it great, with more games, awesome new cabinet art and A BUILT-IN MINI FRIDGE! The little refrigerator is perfect for storing a few beverages so you and your guests get maximum playing time.

If you grew up playing all the classic arcade games, then this is a must for your home or business. The times have changed but the games have not! Being a fully licensed game, direct from the original manufacturer, means all of your favorites are on this machine, just like you remember them.

Classic upright cabinet has the same shape as the old Midway cabinets but with a crystal clear 19” LCD monitor, way bigger than the original 19” monitors. Model is always set to free play.
Greatly expanding on the concept of Arcade Party the new Pixel Bash offers even more game titles to choose from!

ATTENTION - Due to COVID-19 some products are experiencing delays. We appreciate your patience. Dismiss